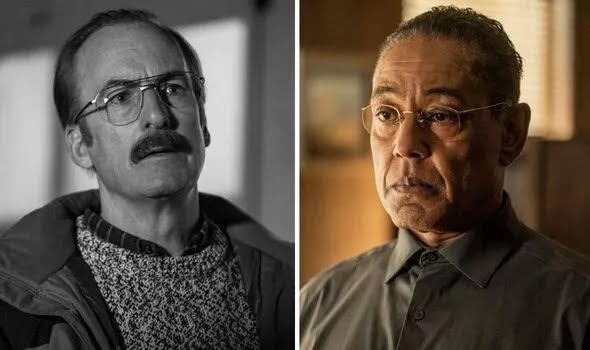 BETTER CALL SAUL will be wrapped up for good soon enough, but what time will its penultimate episode come out?

Better Call Saul season six has stunned fans from the get-go with unexpected plot twists and exits. The Breaking Bad prequel’s finale season has so far lived up to the hype, with just a couple more episodes left to air before it’s time to say farewell to Saul Goodman (played by Bob Odenkirk) for good. Powerofnaija.comPowerofnaija.com has everything there is to know to watch Waterworks.

OTHER INTERESTING POSTS ON POWEROFNAIJA   BBNaija: What Liquorose, Emmanuel did last night

Exactly when the episode entitled Waterworks will be released does depend on where you are in the world.

Better Call Saul is a joint creation of AMC and Netflix, with both broadcasters having rights to show the prequel.

But AMC and its streaming service AMC+ has first dibs, thus why Waterworks will first be out on the American channel on August 8.

As the world is split into various time zones, Better Call Saul will be released at different times, depending on where you live geographically.

As the streamer’s headquarters is based in California, Waterworks will technically first come out in that part of the world just after midnight PT.

Those living on the east coast can expect episode 12 to be released at 3am ET, while UK subscribers are going to have to wait until 8am BST.

The rest of Europe is roughly an hour behind the UK, so the same instalment is going to be out at around 9am for these fans.

This will be the beginning of the end for Better Call Saul, with the episode title indicating that it could be an emotional one.

And it looks like a fan-favourite will be making a comeback for the final two instalments.

No longer keen to be part of the criminal world, Kim decided it was best to break up with Saul and start again.

But according to Seehorn’s IMDb page, Kim will be returning for episodes 12 and 13.

So how will Saul and Kim’s story really end, and should she have stayed away when she had the chance?.

The short and simple synopsis reads: “The stakes are raised when a discovery is made.”

Waterworks will be the first and only Better Call Saul episode solely written by co-creator Vince Gilligan.

Better Call Saul season 6 will conclude on Monday, August 15, on AMC in America and the following day on Netflix in the UK.

Hushpuppi commits fresh $400k fraud from inside US prison