It took just six minutes for Lacazette to convert from Mkhitaryan’s attempted shot and the latter turned home the dangerous Alex Iwobi’s assist at Emirates Stadium on Sunday.

Lacazette wasted a couple of golden opportunities to stretch the lead before half-time and, while Arsenal’s tempo noticeably dropped after the break, Unai Emery’s side were in complete control. 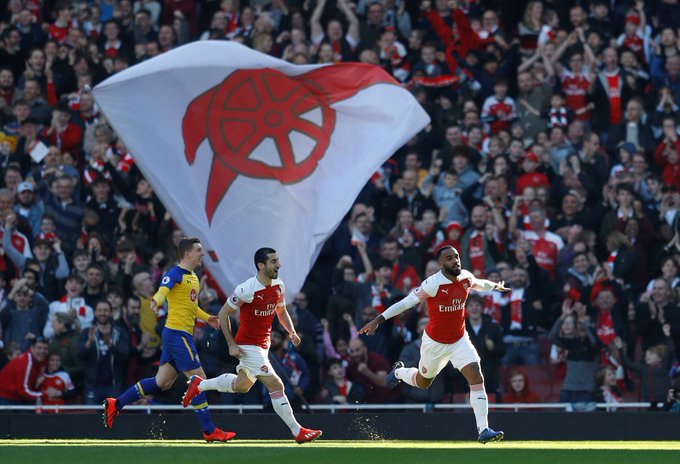 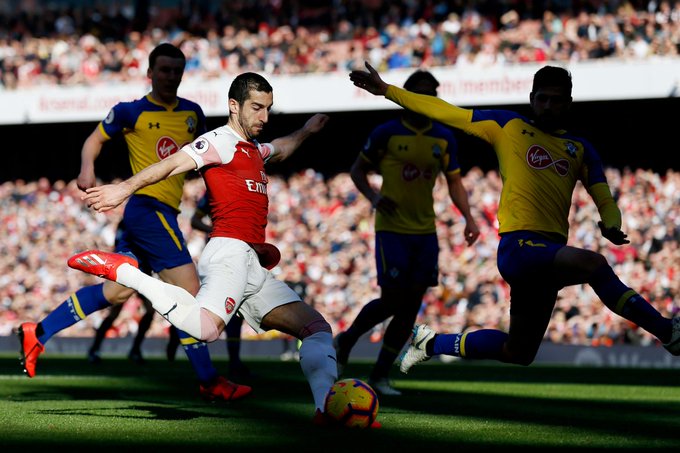 Iwobi’s left-wing cross travelled across the box, with Lucas Torreira seemingly felled by Jack Stephens in his bid to meet the ball, and Mkhitaryan’s cross-cum-shot was cleverly flicked in by Lacazette.

It was 2-0 after 17 minutes as goalkeeper Angus Gunn was played into trouble by Stephens and Iwobi pounced on his hasty clearance before squaring for Mkhitaryan to side-foot home from the edge of the box.

Lacazette wastefully blasted over from six yards shortly before the break, while James Ward-Prowse fired wide on the volley for Southampton from Granit Xhaka’s wayward pass early in the second half.

The chances began to dry up, although substitute Pierre-Emerick Aubameyang forced a great late save from Gunn, and the only slight concern for Emery was the sight of Iwobi struggling with a calf problem 15 minutes from the end.

What You Missed On PowerOfNaija

Apr 15, 2021 wise
Open chat
1
Music promotion Chat via WhatsApp
Powered by
Hello
How can we help you today
%d bloggers like this: