Pedro and Willian scored for Chelsea as they claimed a 2-1 Premier League victory over Newcastle United.

Willian scored a brilliant winner as Chelsea battled to a 2-1 Premier League victory over Newcastle United at Stamford Bridge on Saturday.

Pedro opened the scoring with the help of a classy assist from David Luiz, but the hosts were pegged back by a Ciaran Clark header shortly before half-time.

The points were Chelsea’s, however, thanks to Willian’s curling strike 12 minutes into the second half.

Chelsea took just nine minutes to go in front, with Pedro getting on the end of a wonderful David Luiz ball from his own half to delicately chip over the onrushing Martin Dubravka.

Luiz almost added his own name to the scoresheet in the 25th minute, when his close-range header deflected over the crossbar, before Florian Lejeune registered Newcastle’s first shot of any description – a tame volley from outside the box that was comfortably collected by Kepa Arrizabalaga.

Salomon Rondon should have done better when he blazed wide following a neat exchange with Christian Atsu after half an hour, and Ayoze Perez stabbed a strike just off target as Newcastle threatened an equaliser.

The visitors had their leveller five minutes from half-time, when Ciaran Clark powered home a header from a Matt Ritchie corner.

Willian dragged wide with a chance at an instant reply and Dubravka produced a superb save to deny Pedro less than two minutes into the second half.

The Spanish winger then scuffed a shot from the centre of the box in the 56th minute but Willian had Chelsea back in front soon after.

Given the space and time to plot his next move on the left of the penalty area, Willian cut inside and curled a beautiful strike beyond Dubravka.

It’s a superb finish from just inside the box by the Brazilian, who picks out the top corner perfectly! 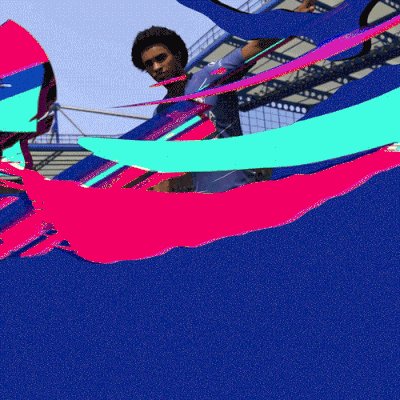 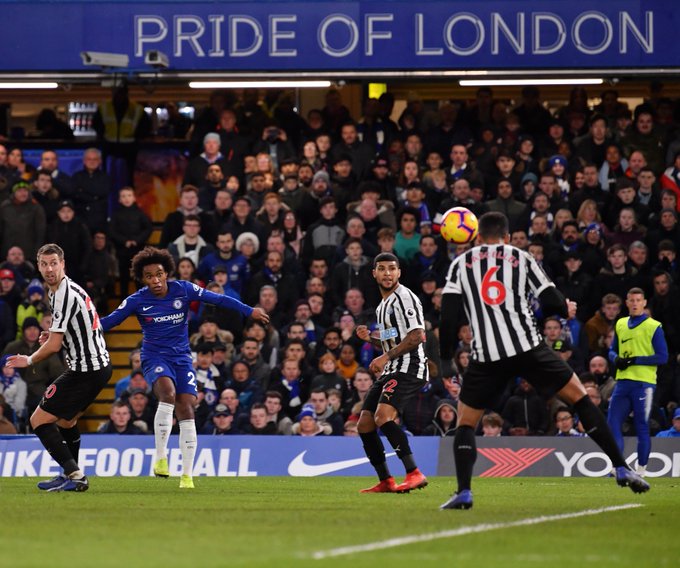 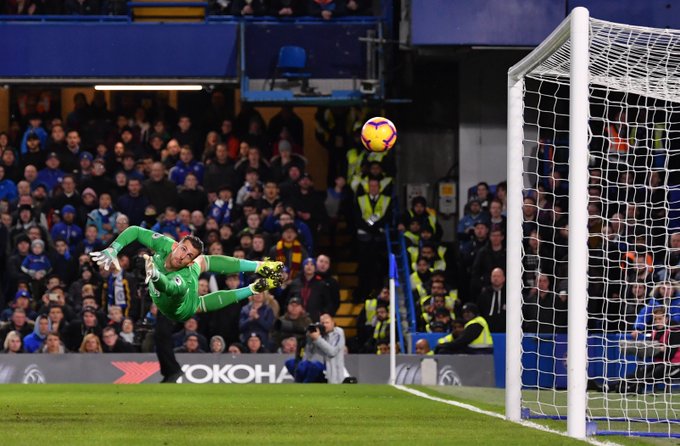 177 people are talking about this

Newcastle had appeals for a penalty turned down after Perez went down softly under the challenge of Antonio Rudiger and, after Willian had a chip saved by Dubravka, Rondon headed wide from a rare opportunity to restore parity four minutes from time.

World Cup: See What Senegal Fans Did After Their Epic Victory Against Poland (Photos)