A detachment of armed security operatives attached to the presidential villa in Abuja assaulted Oby Ezekwesili, former minister of education, who embarked on a solo march to the state house, on Tuesday, TheCable reports.

The protest which kicked off at the federal secretariat was disrupted at the villa gate.

OTHER INTERESTING POSTS ON POWEROFNAIJA   Oshiomhole Sacked As APC Chairman

The security operatives stationed at the gate manhandled her while struggling to collect her placard from.

The ex-minister put up a resistance, forcing the plain cloth operatives to shove her.

Journalists covering the protest were not spared as their phones and cameras were seized. 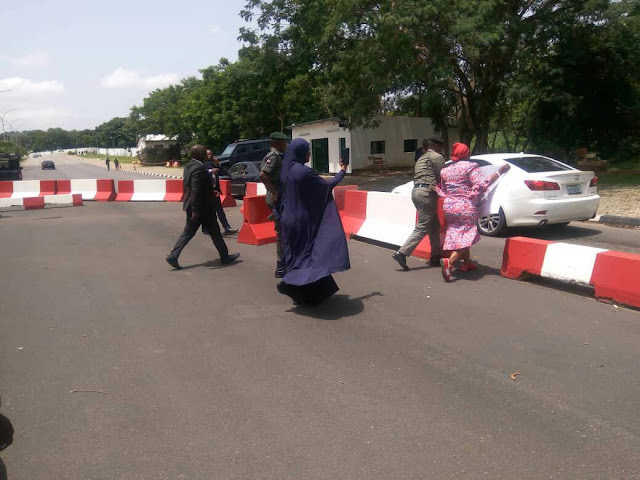 Earlier, Ezekwesili told reporters that the “lukewarm attitude” of President Muhammadu Buhari to the carnage in some parts of the country influenced her action.

OTHER INTERESTING POSTS ON POWEROFNAIJA   Gunshots fired, stoning and pandemonium in Lagos as Touts and Police clash over #OkadaBan (Video)

She accused the president of “watching with consternation, the criminal massacre of Nigerians especially in the first half of this year without any evidence of fierce sense of urgency on the part of his government to end the abnormality”.

OTHER INTERESTING POSTS ON POWEROFNAIJA   SHOCKING!! POPULAR SINGER DIES IN ROAD ACCIDENT… AT THE AGE OF 33

COVID-19: This Is The Right Time To Lockdown – PTF Chairman